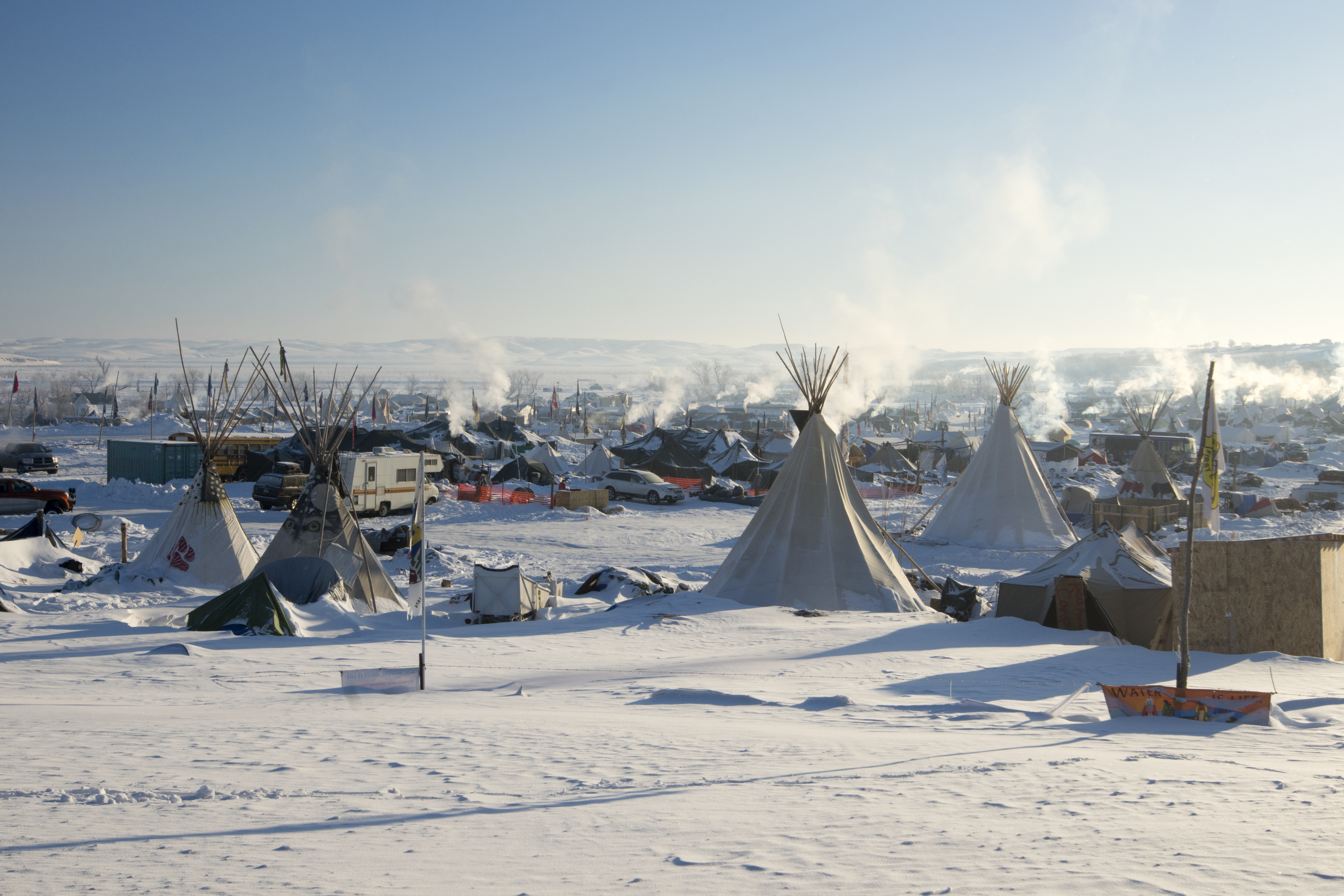 On the day Activism Articulated got the call from the Cheyenne River Sioux Tribe and their legal counsel for strategic communications support, the standoff over the Dakota Access Pipeline had escalated to the deployment of National Guard Troops. This followed the use of untrained attack dogs on peaceful water protectors trying unsuccessfully to stop bulldozers from erasing sacred sites.

The Cheyenne River Sioux Tribe and Chairman Harold Frazier along with the Standing Rock Sioux Tribe were facing a community crisis. Their access to clean drinking water was threatened by the Dakota Access Pipeline crossing at Lake Oahe – after being rerouted away from Bismarck due to water safety concerns. In addition, the new route went directly through well-documented sacred sites of the Great Sioux Nation.

In response to these events, the Cheyenne River Sioux Tribe and Standing Rock Sioux Tribe filed joint legal action to stop the pipeline while standing with their tribes, the tribes of the Great Sioux Nation, and hundreds of tribes from around the world in peaceful prayer in the path of the pipeline at the Oceti Sakowin camp.

The situation was critical as water protectors faced a battle in the courts, human rights violations on the ground, and a general lack of interest from national media. Representing Chairman Harold Frazier, The Cheyenne River Sioux Tribe, and their legal team; Activism Articulated formed a media strategy including media target development and messaging strategies to carry the voice of the Cheyenne River Sioux Tribe to a national media audience.

In tandem with a strategic plan, Activism Articulated provided moment-to-moment media dissemination and support for on the ground developments. From sometimes daily press releases and emergency communications on human rights abuses, to pressers following camp raids and major developments, to pre, and post media on government meetings with President Obama and congress – our team provided turn-key, nimble support to not only focus attention on the crisis but to amplify the message of the Cheyenne River Sioux Tribe and their legal team.

As part of an integrated communications campaign, Activism Articulated created and maintained the Cheyenne River Sioux Tribe’s social accounts to be their soapbox in the very active online conversation around #NoDAPL. Through content strategy and creation as well as online networking, Chairman Harold Frazier and his community were able to create their own voice when other media outlets weren’t interested in listening.

As activists first and communications professionals second, our allyship goes beyond media strategy to stand with our clients however they need. As part of our work on behalf of our clients, Activism Articulated used our resources to build a network to provide a rapid relay of on the ground developments to human rights organizations to assist in their work to protect the water protectors. We engaged in this project for a full year and continue to provide follow-up support.